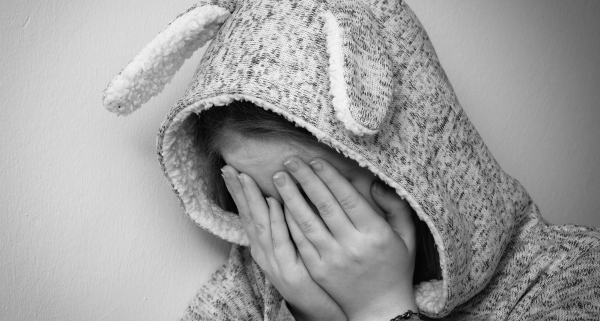 The following is based on the information contained in Episode 1 of the 99 Parent Podcast.

There are just so many challenges raising kids today. Today’s kids are growing up in a radically different environment than the one we grew up in. Networked electronics are everywhere. School is so demanding. More demanding than when I grew up, that’s for sure.

So many after-school obligations. Both parents working. That’s just scratching the surface.

This new environment is really impacting our kids. And many times in not a great way. Lots of kids are really stressed out and unhappy.

What exactly’s going on here?

That’s a complex question that requires a lot of digging. The 10,000 foot view of it is that the impact of technology on society has fundamentally changed what it means to be a kid. Or even to be a human for that matter.

OK, now before I get into the main part of today’s episode, I’d just like to mention something before we start – For this article, I’ll be drawing heavily on the teachings of Alfred Adler, the father of Individual Psychology and a student of Freud’s.

I’m Not a Trained Professional, but…

Because I’m not a trained professional, I may end up bending the definition of certain psychological concepts. Please forgive me for that..

So if you are a psychologist and something I’m saying just drives you up the wall, feel free to correct me in the comments or on Twitter at @99parentcom.

With all that disclaimer stuff out of the way, let’s move on and talk about the focus of today’s episode.

To kick things off, I have a quick quiz for you:

What do the following behaviors and emotional problems we find in kids have in common?

Give up? All these can point to a child steeped in a dependent mindset.

You might be thinking, Dependence? What does that have to do with problems that kids have?

When you hear the word Dependence you may think of alcohol or drug-addiction – That’s not what I’m talking about here. What I’m referring to is a mental or emotional state in which someone feels that have to rely on an external entity – A person, or thing to achieve their goals or make them feel emotionally secure.

We All Start off Dependent

Photo by Michal Jarmoluk on Pixabay

Now, this is a pretty generic definition and it probably doesn’t help you understand some of the struggles you have been experiencing with your child.  Well, let me elaborate further.

When we were born, we entered the world in a completely dependent state.

We were 100% dependent on our parents for our survival.

As we got a bit older, we became a little less dependent. Perhaps it was when we were two when we learned to pour our own juice for the first time.

Or maybe it was when we could poo and pee on our own without having to have mom and dad clean us up.

In both of these examples, we became a little less Dependent and a little more Self-Reliant. We started doing things for ourselves a bit.

So as humans get older, the balance between Dependence and Self-Reliance gradually tips more and more in the direction of Self-Reliance.

Or at least that’s how it should work.

Dependence in the Immature Individual

So getting back to how this relates to you and your child, why is this concept of dependence important?

Well, one day your kids will be adults – really, they’re just adults in training right now.  And ideally, when they cross that magical threshold into adulthood, they’ll be able to handle their own affairs

Unfortunately, this isn’t how it works out many times. Many people remain in a dependent state even when they hit adulthood.

When adults are dependent, they believe that they aren’t up to the tasks of required of them. They think they need to have someone or someTHING solve their problems for them.

Immature adults have typically grown up always relying on a person, thing, or even organization to handle essential parts of their lives for them.

This has caused certain parts of their mentality to atrophy and remains in an underdeveloped state.

Roots of Dependence in Childhood

Well, the thing is – the problems of dependent adults are due to problems that originated in childhood.

Dependent adults were once overly-dependent children. And that’s where we as parents come in.

The anxiety, the lack of confidence, the sense of entitlement and a host of other problematic behaviors and attitudes. All these starts in childhood due to various environmental factors.

OK, so exactly what causes dependence? 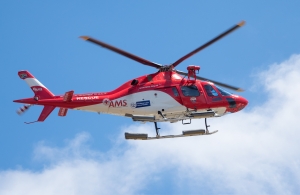 Parents of today and I’m including myself here, have a tendency to get way too freaked out and controlling when it comes to our kids.

We’re worried about enrolling them in the right number and type of extracurricular activities.

We even may end up doing their homework for them.  Perhaps we view this as our homework more than theirs…?

We’re scared to death to let them out of our sight to play, so we hover over them.

We’re scared of kidnapping so we arrange scheduled playdates instead of letting them play in the front yard.

Taking a step back from all this it just feels a bit nuts.

Everything has become so regimented, so fear driven. To say this is different from how my generation was raised is an understatement.

And if you compare the experience of this generation to my parents and grandparents generations it’s almost like a different planet.

We may think all these behaviors are justified…at least we have reasons for doing them….right?

The problem is, when we overparent we deprive our kids of valuable first-hand experience.

And we also send them a message of disempowerment. That message is: they aren’t competent, they’re fragile and so they have to have adults constantly doing everything for them. The world is scary and they couldn’t possibly be trusted to do things on their own.

Hmm..  this sounds like a nice way to get a dependent kid, doesn’t it? 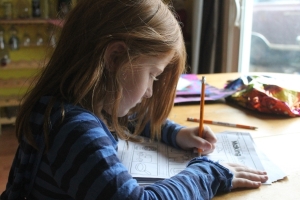 Onto our next culprit.  The school system.

This isn’t a new problem but it’s as bad as I can remember it. School loads kids up with homework as early as Kindergarten or 1st grade. Some of this stuff that is often beyond the capability of the average kid, not to mention the immature ones.

This serves as a one-two punch – because the kids are so loaded with homework and extracurricular activities, at least in the earlier years, the parent is required to sit down and do the homework with the kid or it’s not getting done.

My twin boys are in second grade. They come home with a stack of homework every week – even more than I had in the 8th grade.

Do you think we can just plop our kids down with a stack of homework and expect them to do it all on their own? With minimal parental involvement? Think again.

This has greatly increased the stress in our family. Week in and week out.

Now I want to be a bit careful here. I do think kids should be challenged. That’s incredibly important.

Giving kids the ability to tackle tough challenges is a critical skill.

What I’m talking about here though is more than that – it’s the loading up of kids with more work than they are capable of doing on their own. And then depending on parents to make up the difference of course.

How does making our kids rely on their parents to get their own homework done to build them up?

Photo by Anna Dziubinska on Unsplash

Now let’s now talk about something that’s pervasive and a hidden cause of dependence: consumerism.

Remember how I mentioned as babies we start off 100% dependent, and gradually become self-reliant as we reach adulthood?

Well, there is another scale that is very much related. The consumer-producer scale.

When we’re born we’re 100% in the consumer column. We just know how to eat, sleep, and get taken care of. We really only know how to consume, and not a lot more.

As we get older we gradually learn to create stuff. We start to transform our environment. We start to produce.

And we produce not just for ourselves but for others as well.

This is most apparent by the time we become adults when we work for others or ourselves in our own business.

This pattern – growing from consumers to producers has been a norm in human societies — since humans started walking the earth.

Adults had to be producers – without being strong producers, the tribe would have starved or succumbed to the elements.

You could actually say the same thing now – if adults were only consumers, the economy would crumble since no one would be improving things by producing for society.

The problem today is this phenomenon called consumerism. That is, living for the next thing to consume, where that’s food, a toy, a product or something else created by someone else.

This push toward being a consumer moves us all toward dependence, including our kids.

Consumerism affects kids from the time they are old enough to watch their first YouTube video. The net effect of this? They’re always looking for something they can acquire rather than make. They get stuck in the mindset of a very young child.

Photo by natureaddict on Pixabay

Basically, stuff to keep the boredom at bay.

So what’s the problem?

Many kids depend on these devices so they never need to experience a moment of boredom or negative emotions. Emotions that should be dealt with in a healthy way rather than avoided through an electronic distraction.

Most electronic devices are not used as tools to produce, but rather as escapes from boredom. To help our kids run back into the dependent mindset of the small child.

If it’s not apparent, a core problem with a steady diet of digital entertainment is that it steals initiative from our kids. It literally wires their brain for passivity and pleasure seeking (as an aside, we’ll talk more about this in a future episode on brain plasticity – the idea of brain plasticity basically says that the more of something you do, the more your brain becomes wired for that activity.)

Digital entertainment squashes boredom and even slowing down. Without those things, there is little to no creativity.

This isn’t a great recipe for longer-term success or fulfillment.

Again, what do the things I just mentioned have in common?

They push our kids away from inner tranquility and toward anxiety.

They push our kids away from inner strength and toward feelings of inadequacy.

They push our kids away from self-trust and toward seeking out others to give them direction.

Because they push our kids away from self-reliance and toward dependence.

Is it any wonder why kids are having so many problems today?

Now that I’ve given a pretty good overview of dependence, I have a quick homework assignment for you.

Over the next week, take a step back and observe how your kids are behaving…

Are they wanting things done for them when they really could be doing these things for themselves?

Do you see the underlying dependence behind their anxiety or poor behavior? Who or what are they depending on?

While you’re at it, take a look at your own life. Do you have any symptoms of dependence yourself? If so, what’s causing this? Remember – getting ourselves in order can only make us better parents

99 Parent Podcast Episode 1: Anxiety in Kids May Be Caused by Dependence

Why Self-Reliance Can Be a Kid's Super Power
0 replies

Want to join the discussion?
Feel free to contribute!

99 Parent Podcast Episode 1: Anxiety in Kids May Be Caused by Dependence
Scroll to top