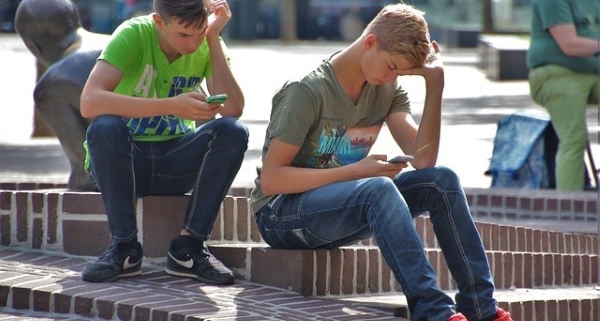 We live in an age where we’re more connected than ever before. This comes with a lot of obvious benefits but it also comes with some rather large negatives.

One of the major negatives is the absence of solitude. We’re rarely, if ever, alone with our thoughts. We never have to experience the “boring” times because there are always more than enough digital distractions to keep our minds constantly occupied.

This problem seems to impact children and teens the most. In his latest book Digital Minimalism, Professor Cal Newport claims rates of anxiety are skyrocketing in children in large part because this generation is even more connected than adults. In fact, many in the youngest generation have never experienced solitude for any length of time and have had electronic distractions nearly every day of their lives.

When it comes to constant connectivity, these extremes are readily apparent among young people born after 1995—the first group to enter their preteen years with access to smartphones, tablets, and persistent internet connectivity. As most parents or educators of this generation will attest, their device use is constant. (The term constant is not hyperbole: a 2015 study by Common Sense Media found that teenagers were consuming media—including text messaging and social networks—nine hours per day on average.)

Newport then relates the above behavior to anxiety problems found in children and teenagers by describing a discussion he had with the head of mental health services at a well-known university:

This administrator told me that she had begun seeing major shifts in student mental health. Until recently, the mental health center on campus had seen the same mix of teenage issues that have been common for decades: homesickness, eating disorders, some depression, and the occasional case of OCD. Then everything changed. Seemingly overnight the number of students seeking mental health counseling massively expanded, and the standard mix of teenage issues was dominated by something that used to be relatively rare: anxiety.

She told me that everyone seemed to suddenly be suffering from anxiety or anxiety-related disorders. When I asked her what she thought caused the change, she answered without hesitation that it probably had something to do with smartphones. The sudden rise in anxiety-related problems coincided with the first incoming classes of students that were raised on smartphones and social media. She noticed that these new students were constantly and frantically processing and sending messages.

Young people born between 1995 and 2012, a group Twenge calls “iGen,” exhibited remarkable differences as compared to the Millennials that preceded them. One of the biggest and most troubling changes was iGen’s psychological health. “Rates of teen depression and suicide have skyrocketed,”

…she notes that these shifts in mental health correspond “exactly” to the moment when American smartphone ownership became ubiquitous. The defining trait of iGen, she explains, is that they grew up with iPhones and social media, and don’t remember a time before constant access to the internet. They’re paying a price for this distinction with their mental health.

Newport’s hypothesis is that this constant digital stimulation is not just bad because of the toxic nature of particular online content, rather the constant stimulation creates a condition that’s terrible for children’s mental health – what he refers to as solitude deprivation:

Solititude Deprivation: A state in which you spend close to zero time alone with your own thoughts and free from input from other minds.

He then explains why solitude deprivation is likely to cause mental health problems with iGen:

These teenagers have lost the ability to process and make sense of their emotions, or to reflect on who they are and what really matters, or to build strong relationships, or even to just allow their brains time to power down their critical social circuits, which are not meant to be used constantly, and to redirect that energy to other important cognitive housekeeping tasks. We shouldn’t be surprised that these absences lead to malfunctions.

Just from my own experience with the constant-on nature of our society and how it’s negatively impacted me, I’m sure it has real negatives for our kids as well.

At a minimum, I think parents should instill device limits. After reading Newport’s book though, I believe we really need to go well beyond this. The constant buzz of technology has caused our lives and the lives of our kids to be more anxiety-ridden and a serious teardown of our digital lives is called for. Newport recommends a month-long “Digital Detox” followed by a careful rebuilding of one’s digital life. That’s a big subject and is best left for another day though. 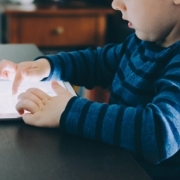 What Do Tech-Workers Know That We Don’t?

How to Help Kids Who Have Problems Deciding
0 replies

Want to join the discussion?
Feel free to contribute!

Anxiety in Kids May Be Caused by Dependence
Scroll to top