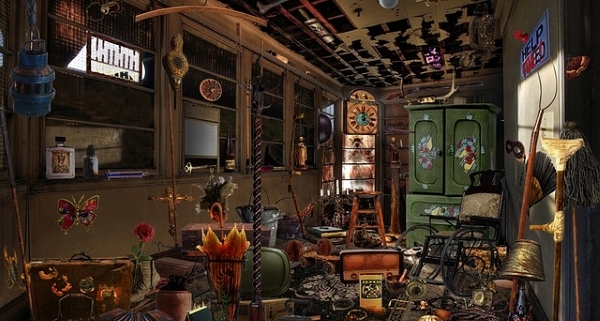 If your kids are like mine, they have a nasty habit of not cleaning up after themselves. And when they’re told they need to clean something up (their room, the play area) they drag their feet or do a crummy job that requires more “discussions”.

I’ve stumbled on a technique that is a nice alternative to the parental nag approach.

Rather than giving kids specific instructions such as “Clean up those Legos!”, “Make the bed!”, or “Clean off the top of the dresser!”, do the following:

This simple technique lets kids determine what’s wrong with the current state of the room and what needs to be done, primarily using their own initiative.

My First Experience with the Technique

The first time I pointed to a messy room and asked “What’s wrong here?” my kids stared at me with a confused look.

So I simply repeated myself: “What’s wrong here?”. Again, a confused look.  Around my third query, one boy piped up “Oh, my trucks are in the middle of the floor”.

Without saying anything, I just stared at him. He got my message and quickly ran over, picked up the trucks and put them in the storage box.

There was still more to be done so I pointed and asked again, “What’s wrong here?” Seeing that this was a bit of a game, my second boy piped up “The blanket is on the floor!” He ran over, picked it up, did a halfway-decent job of folding, and put it on the couch.

At that point, I simply stated “I’d like you guys to clean up this room. When you’re doing this, just keep asking yourselves ‘What’s wrong here?’ and keep working on the room until there isn’t anything else wrong with it.”

Using this technique, I’ve successfully gotten them to clean their room several times. It’s even worked when we had to tidy the entire house when my wife was returning from travel.

The “What’s wrong here?” question in incredibly powerful for a few reasons:

So the next time you want your child to clean up, instead of telling them what specific things to do, just point and ask “What’s wrong here?”.  Then let them figure it out for themselves. They may surprise you and maybe even themselves.

What Do Tech-Workers Know That We Don’t?

How to Help a Child Overcome a Phobia
Scroll to top