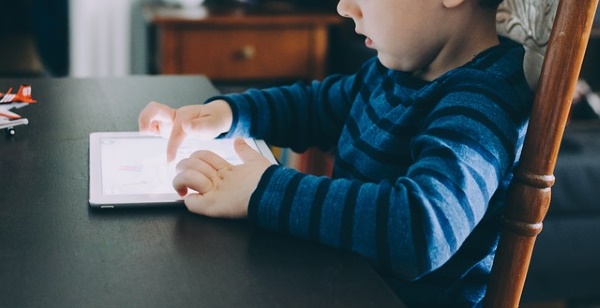 Parents who work in tech are often much more restrictive than non-tech worker parents when it comes to their kids and tech-exposure. Why is this?

Because digital devices can often come with a lot of downsides.

It’s long been rumored that Steve Jobs didn’t allow his child to have an iPad. A recent story on Silicon Valley parents details this trend by describing a couple of parents who work for Apple and a small high-tech startup:

The Koduris’ life is that of the quintessential Silicon Valley family, except for one thing. The technology developed by Koduri and Shahi’s employers is all but banned at the family’s home.

There are no video game systems inside the Koduri household, and neither child has their own cell phone yet. Saurav and Roshni can play games on their parents’ phones, but only for 10 minutes per week.

I find that I am very much the same way, in no small part because of my owning a software business. I’m keenly aware of the latest tricks being employed to grab eyeballs.

Like me, other tech-worker parents have seen the lengths to which companies go to steal attention/life of everyone – adults and children alike. Additionally, most are keenly aware that when one is passively gazing at a screen, one is not creating.

This is a problem because as children grow into adults they would be much better off having had a life of learning to create rather a life largely consisting of consumption. Economically and even socially speaking, people who create have something to bring to the table, people who primarily consume, not so much much.

The approach stems from parents seeing firsthand, either through their job, or simply by living in the Bay Area — a region home to the most valuable tech companies on Earth — how much time and effort goes into making digital technology irresistible.

A 2017 survey conducted by the Silicon Valley Community Foundation found among 907 Silicon Valley parents that despite high confidence in technology’s benefits, many parents now have serious concerns about tech’s impact on kids’ psychological and social development.

You can’t put your face in a device and expect to develop a long-term attention span,” Taewoo Kim, chief AI engineer at the machine-learning startup One Smart Lab

This really starts to sound a bit like cigarettes doesn’t it? Get em’ young and you have them for life:

The tech companies do know that the sooner you get kids, adolescents, or teenagers used to your platform, the easier it is to become a lifelong habit,” Koduri told Business Insider. It’s no coincidence, he said, that Google has made a push into schools with Google Docs, Google Sheets, and the learning management suite Google Classroom.

And of course, the article mentioned what we’ve discussed in articles and the podcast before – that the pervasive nature of technology at least partly explains the skyrocketing rates of anxiety and depression.

The 37-year-old mom of two in San Francisco works as a family therapist alongside her husband. She said they both make an effort to stay current with screen-time research, which, despite suffering a lack of long-term data, has nevertheless found a host of short-term consequences among teens and adolescents who are heavy users of tech. These include heightened risks for depression, anxiety, and, in extreme cases, suicide.

The lesson from all this? Don’t downplay the addictive nature of passive digital consumption. It isn’t just burning away hours of a child’s life but could be setting them up for depression, anxiety, and mindset of being a consumer rather than a contributor. 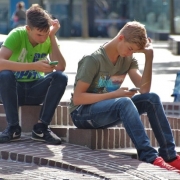 99 Parent Podcast Episode 3: How to Teach Kids to Do the Right Thing

An Easy Way to Get Kids to Clean
Scroll to top