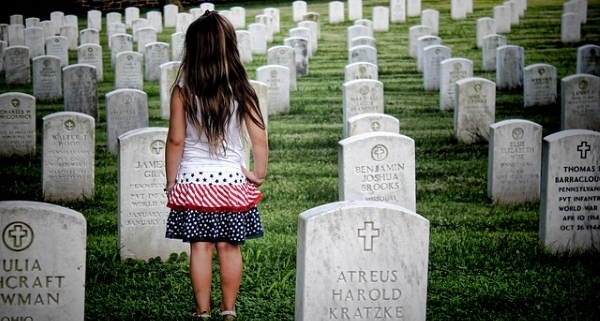 Most of the time I feel as if we live in this giant, artificial bubble.

The bubble surrounds us and everyone we know.

Society created the bubble but news and entertainment keep it filled with air.

Within the bubble, there always appears to be a way forward. Or at least there’s always a person or group that says they know the way.

In the bubble, everything feels predictable. And much of the times it is.

We get up in the morning, the kids go to school and we go to work. We all do our thing. We do what we’re supposed to do in order to stay safe.

The homework gets done, we do our work and we get our paychecks every couple of weeks.

Kids move on to the next grade, we get the occasional raise or promotion.

We all get older.

But then every once in a while the nastiness of reality hits us like a ton of bricks.

Someone in the family gets sick. Really sick. Or dies.

Friends who we swore had a rock solid marriage get a divorce. Or we do.

The family dog gets hit by a car and killed.

It’s during these times that the fragility of life becomes apparent.

I think about this type of stuff a lot.

Why am I bringing all this up?

Getting Kids In Sync With Reality

Because as adults, we know that we’re living in a bubble and when we’re honest with ourselves, we also know that tragedies will hit both us and our children.

It may a long time from now, or it might be tomorrow. Either way, tragedy visits us all.

Over and over by the time we’re done here.

And preparing our kids to deal with this reality is the best way forward, even if feels scary.

Life in the bubble tells us life’s all about fun. Doing what you want. Getting what you deserve.

Our kids deserve more than fantasy talk from their parents.

We need to tell them about the harsh realities of life.

Along these lines, I’ve been changing up how I talk to my kids lately.

When one of my kids starts whining about silly things like not enough video game time, or things aren’t fair because his brother got a bit more ice cream than he did, I remind him that not only is life not fair, but it’s often unpredictable and sometimes incredibly painful.

It can and will get a lot worse.

But that he’s strong enough to weather the storm.

I don’t talk to him about these realities all the time, but typically during those times where I think he’s whining not because of a real problem, but rather because he’s been living a bit too much in unreality.

In the bubble. A bubble which has caused him to be spoiled, impatient and entitled.

Right now this behavior is innocuous enough – it just annoys his mother and me.

But in the long run, these will be killers of his soul if left unchecked. He’ll grow up fragile and unable to deal with the uncertainties of life outside of the bubble.

I tell him that one day a friend will betray him.

..that one day a bully will pick on him.

..that one day a family member will die.

..that one day he may become very sick and have to go to the hospital.

And even though these things will happen to him and he’ll suffer greatly, he will persevere.

I also tell them to not wish for things to be different. Wishing never gets anyone anywhere. Doing does.

I tell him to do his best, no matter the tragedy.

Play the hand he’s been dealt.

Despite What the Ads Say, We’re Still Mortals

And those are the rules of the game.

Since humans started walking the earth, those have been been the rules of the game.

Every generation before us has had to play by those rules and this generation is no different.

No matter how much modern life tries to soothe him and trick him into thinking he’s not mortal and bad stuff won’t happen – he will suffer.

The more he fights it, the longer the suffering lasts and deeper it will hurt.

The more we try to pre-emptively protect him from that pain, the more fragile he’ll become and less able to deal with the world.

I tell my sons these things not to scare them.

I tell my boys these things because that’s the human condition. That’s life.

Life is more than just suffering, of course. But it’s a major component they have to learn to accept and deal with the best they know how.

Our hyper-consumer, fake, everyone-is-awesome Instagram, YouTube, Facebook-fueled culture is not only false, but it’s destructive because it tells people the bubble is real. That the bubble is all there is.

That falseness – that papering over the harsh realities of life. That saying that nothing matters more than this moment and this stuff I’m buying – hurts our kids much more than telling that life is suffering but they’re tough enough to persevere.

Kids are Stronger than We Give Them Credit For

Our kids have been convinced by society and even members of their own family that they’re weaker than they really are.

If they couldn’t persevere, none of us would be here. They come from stock that originated on the plains of Africa and the generations that followed lived through unbelievable suffering – plagues, enemy raiding parties, animal attacks, torture, and wars.

Through it all, our ancestors persevered. That perseverance is in our genes. It’s in our kids’ genes.

So don’t baby your kids. And don’t let them know only the predictable, digital entertainment-driven bubble.

Let them know more about the unpredictable nature of life. Of its harsh realities. Of their mortality.

Doing this will not give them appreciation for what they have, but it will also mentally prepare them to take on the future.

No matter how harsh and uncertain that future turns out to be.

Strengthen Family Bonds by Playing Board Games
Scroll to top