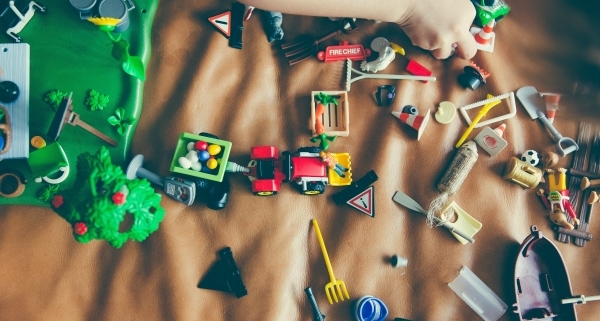 I have come to dread Christmas and my boys’ Birthday.

Well, maybe dread is too harsh a word. I find both times of year mixed bags.

What should be positive experiences have real negative sides in recent years.

Because of all the presents.

And they already have too many toys. Way too many.

There’s Already Too Much

I get bugged by the amount of toys for several reasons.

First, it just adds junk to our house. Specifically to the boys’ room. So much so that it can be hard walking from the door to their bed.

We’ve won a few battles against the mountains of junk but the toys are winning the war.

In January my boys went through a massive effort of collecting together their various Lego sets and organize things.

They ended up piling mountains of those little plastic pieces of crap into boxes to give away. Probably $1,000 worth, if not more.

And unlike the generic Lego sets from my youth, the vast majority of Lego sets these days have special pieces in them so if you lose some pieces, you’re pretty much screwed.

So after the January toy purge, things got a bit better.  Not great, but better.

Sure, they still had more Lego sets than I ever did, four remote controlled vehicles, a hundred Hot Wheels cars, Star Wars figures, and countless other little pieces of junk manufactured in Chinese factories belching toxic-smoke, but things had improved a bit.

Then their Birthday hit.

Because of a complete fiasco last year, which I refer to as the Great Present-pocalypse, the aftermath of which resulted in a mammoth pile of presents in our guest bedroom that took six months to finally disappear, this year we requested that people donate to an animal Sanctuary instead of buying the boys presents.

That worked for the most part – the present load was cut down by about 80%.

But they still got some presents.

I’m thankful that people were nice enough to make the effort, but it’s still too much.

When kids get so much stuff, the end up appreciating very little of it.

Their willingness to dig in and really enjoy something diminishes because there’s always something else waiting for them.

It’s not just the physical stuff either, it’s also the digital stuff.

For all that I have railed about the dangers of digital entertainment on this blog and in my personal life, I’ve been the prime offender at spoiling our children when it comes to buying video games.

So from a time perspective, we’re pretty happy that that don’t play them that much.

But the huge variety and amount of the games that they have at their disposal is the problem.

How did it get this way? Because unlike console games, computer games tend to go on sale very frequently and they can be found very cheap (Like $5 cheap). And when I see those cheap games, my inner “deprived kid from the 80s” takes over and purchases them, knowing full-well my boys already have more than enough.

I see the same thing with the video games as I do with their physical toys – because they have so many, they are less willing to persist through the hard parts and really enjoy what they have.

Because there’s another one waiting for them.

My wife grew up with literally a single homemade doll. That’s it. A single toy. And she loved that thing like crazy.

Because there’s something about when you have less you learn to make do. You appreciate the little you have more and actually end up having more enjoyment.

Struggling to Become a Minimalist

So right now those presents from their birthday are still sitting in our hall, a month after the birthday party.

And our boys haven’t even been curious to open them.  That tells you something.

In my quieter, more reflective times I really do think that less really is more. For both kids and adults.

How to Help Kids Who Have Problems Deciding
Scroll to top