To support my statement, I’d like to first have you consider the concept of culture.

Let’s consider cultures around the world. Cultures vary greatly. Sure, from a high level, human societies are all very much the same (all cultures have friendships, marriages, parents raising kids, most have religions), but cultures vary widely in the particulars.

Cultures effectively program the members of the culture to accept certain behaviors and to reject others.

For instance, although frowned upon by modern, western cultures, some cultures of the past normalized the eating of human flesh. Others said it was acceptable to for some people to actually own other human beings. These are extreme examples, but they’re good at showing that how we view the world is greatly impacted by the culture we’re a part of.

And here’s the thing – culture is determined by humans in that culture. Humans with ideas and their own views of the world. The simple act of communicating between members of the group actually programs the individuals in the culture to believe a certain set of ideas. To share a certain view of the world.

Culture greatly influences what you think is and isn’t possible and what role individuals have in society. What’s socially acceptable and what isn’t.

A Family is a Culture

Here’s the thing – our kids grow up in a culture besides their country’s culture.

That culture is your family culture.

This culture is initially created by and then greatly influenced by the values of us, the parents. How we behave, what things we talk about, what activities we value, how we treat others, what moral structure we implicitly and explicitly teach the children.

The family culture defines the expectations and possibilities of ourselves and our kids.

All these cultural beliefs affect our kids just like the larger, well recognized regional cultures do.

So the family greatly affects how our kids view the world, not just in childhood, but for the rest of their lives.

It gives them a prism through which to see the world.

Why the “Parents Don’t Matter” Meme Really Bugs Me

With all this talk of culture, you may be thinking: “ok I agree with you, but who cares about the meme that says parent’s don’t matter?”

The reason why this bugs me is that it’s one of many subtle ideas floating around in the zeitgeist that erodes parents sense of responsibility, their feeling of power and duty to their families, causing them to unduly relinquish responsibility to outside forces.

Even if-if this effect is very subtle and subconscious, I believe it’s a real effect.

Perhaps the primary purpose of the “Parent’s don’t matter” meme is to just tell everyone to chill out a bit when it comes to hyper-worrying about their kids.  The “getting stressed if your third grader doesn’t get perfect grades or he’ll not end up in Harvard” over-the-top mentality. And perhaps less absurd, but equally destructive behaviors many, if not all of us exhibit at one time or another.

I fully agree here – our society is hyper-freaked about a lot of things with kids.

And that’s definitely not a good thing.

If that’s the only thing the “parents don’t matter” meme affected or conveyed, I’d have no problem with it at all.

However, that’s not the only thing the meme conveys or impacts when it comes to parenting.

Saying parents don’t matter subtly allows less-than-savory cultural forces to have undue influence on kids. It does so by causing parents to subconsciously cede a bit of their responsibility to those forces.

What happens when a parent really takes to heart the “Parent’s don’t matter meme”? Let’s see…

Kid wants to play on an iPad, independent of the content? The person on the screen is acting in an unethical way and my kid seems so entertained.. Oh well, why not? The kids are going to turn out the way they’re going to turn out, right?

And this is where the danger lies.

It’s in that societal junk. That crap that technology companies have optimized to being hyper-addictive to young and old minds alike.

The crap that is not just consuming hours of kids attention and literally rewiring their brains due to neuroplasticity, but it also steals time away from more productive activities such as creating or the time they could be more engaged with the family.

And this feeds that machine that converts the time and attention of our children directly into ad revenue.

So for me, that’s what this is really all about – Not only is the “parents don’t matter” meme incorrect, it can actually be subtly corrosive to the family and our children. 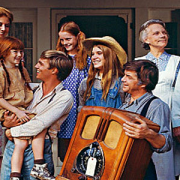 The Importance of Extended Family

Why Tattling Is Worse Than You Think

A Lesson in Morality From Smashburger?
Scroll to top