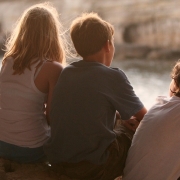 This is a letter I’ve written to my sons about the importance of good friends. I hope you’ll find some of these ideas helpful when talking with your own children.

Today I wanted to discuss friends.

You may think you know how to pick good friends, and to some degree you’re right – you know which kids are interesting, seem friendly, or are nice to you.

You know which kids like doing the same things as you and which ones don’t.

END_OF_DOCUMENT_TOKEN_TO_BE_REPLACED 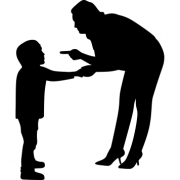 Despite all the ideas I have about parenting, my weak point is effective discipline.

Up until recently, we had frequent problems with our boys’ behavior – specifically keeping contained and respectful to their parents and other people.

They’re not unkind or outright rude, but rather they just get so caught up in their own world of silliness that they can end up causing a lot of disruption. They’re super-friendly, and super-positive (certainly more than I ever was) but along with this has come a pretty nasty habit of not listening to what my wife and I want them to do or not do.

END_OF_DOCUMENT_TOKEN_TO_BE_REPLACED 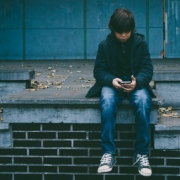 This is a letter I’ve written to my sons. It’s part of a series which covers a wide variety of topics in which I attempt to give my boys life guidance. I hope you’ll find some of these ideas helpful when talking with your own children.

As you know, I’m concerned about you spending too much time watching videos, playing games or even messaging people on your phone.

We limit the amount of time you can do those things, but I want to explain why.

I’m not just setting limits to be mean and stricter than your friends’ parents, but I have real reasons that I feel are important.

Knowing these reasons may help you understand a bit more.

Your life will be very different from mine, your grandparents’ or anyone else who’s lived before.

But you will also encounter very big challenges.

Challenges no humans have ever had to contend with.

END_OF_DOCUMENT_TOKEN_TO_BE_REPLACED 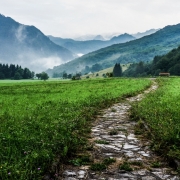 I wrote this article for my own children and figure others may find it helpful.

Your life is like an adventure, and you’re the lead character.

Think about a lot of the stories you know, where the characters go on adventures.

Other times, they find new places to explore and awesome treasures.

Your life is a lot like that even though right now it may not seem like it because you are still very young.

Most times your life feels safe and stable.

However, every once in a while something in your life will change.

END_OF_DOCUMENT_TOKEN_TO_BE_REPLACED 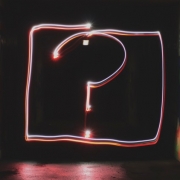 I came across an interesting article on Lifehacker which asks parents to shift how they talk to their kids – the author suggests we should minimize telling kids what to do and instead ask them how something can be done.

When I first read the article, it struck me that the author’s idea seemed similar to what I’ve been doing with my boys regarding cleaning their room, which I wrote about earlier.

However, the Lifehacker article applies the technique to many more things in a child’s life, and it made me realize I was thinking too narrowly.

To quickly summarize – the basic idea is that it’s much better to ask our children questions about how or what they would do rather than tell them what to do.

Why is this important?

Because when you ask a child a question, it requires them to formulate their own answer, to think things through, and then to own the solution.

On the other hand, telling a child what to do puts them in a subservient role. It discourages ownership of the solution, and in the extreme, may even cause them to rebel. END_OF_DOCUMENT_TOKEN_TO_BE_REPLACED 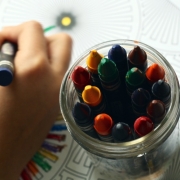 If you’ve heard the term “brain plasticity” before, it’s most likely been in the context of what occurs after an injury or loss of ability, such as when a person becomes blind. In such cases, the brain can actually rewire itself to partially compensate for the loss.

In the case of blindness, the portion of the brain that’s normally associated with sight if often repurposed to enhance other senses such as touch and hearing.

However, the brain doesn’t get rewired only during extreme events – it changes all the time in reaction to the activities the brain’s owner.

For the purposes of this article, I’ll keep to a simple definition of “brain plasticity” – in which I mean the ability/tendency for the brain to change over time in reaction to the environment and activities that a person participates in.

END_OF_DOCUMENT_TOKEN_TO_BE_REPLACED 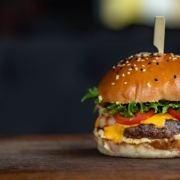 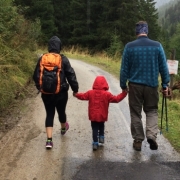 END_OF_DOCUMENT_TOKEN_TO_BE_REPLACED

A few weeks ago I wrote about one of my sons having a slight phobia to insects. At that time I wrote about a simple exposure technique I was using to help him get over it.

Well, I’m happy to report that his fear of insects seems to have gone to near zero.  Ever since I went to the back yard with him and later demonstrated the fact that ants can crawl on you and not hurt you, he’s been doing great.

Aside from this, my wife has been pointing out anthills when we’ve been out on walks and encouraging him to get close and observe how they work, which he finds really interesting.

We’ll be doing more of this type of thing going forward – inviting him to not only look at insects but touch them.

So, it’s been a successful experiment and he’s feeling really good about things now.

If you have a kid who’s really scared of something (more than you think they should be), I invite you to read my initial article and give gradual exposure a try. Just remember to be very gentle and let the child set the pace for exposure and never force things.